A Cause for Unexplained High Glucoses (UHGs) on a Pump

Today’s infusion sets offer many improvements and options, yet reports and blogs suggest issues with infusion sets are widespread. Only a handful of studies have directly looked at this problem.1 Infusion set leaks and failures create random unexplained high glucose values (UHGs). They also make up most phone calls to manufacturers and end up being a common reason that people stop wearing a pump. The Weak Spots graphic shows all the ways you can lose insulin, but nearly all UHGs arise from the infusion set, NOT from pump failure or having a “bad infusion site.” So set detachments and leaks along a Teflon cannula or steel needle are the most common sources for UHGs. Go Here if you are unfamiliar with an abbreviation or term. 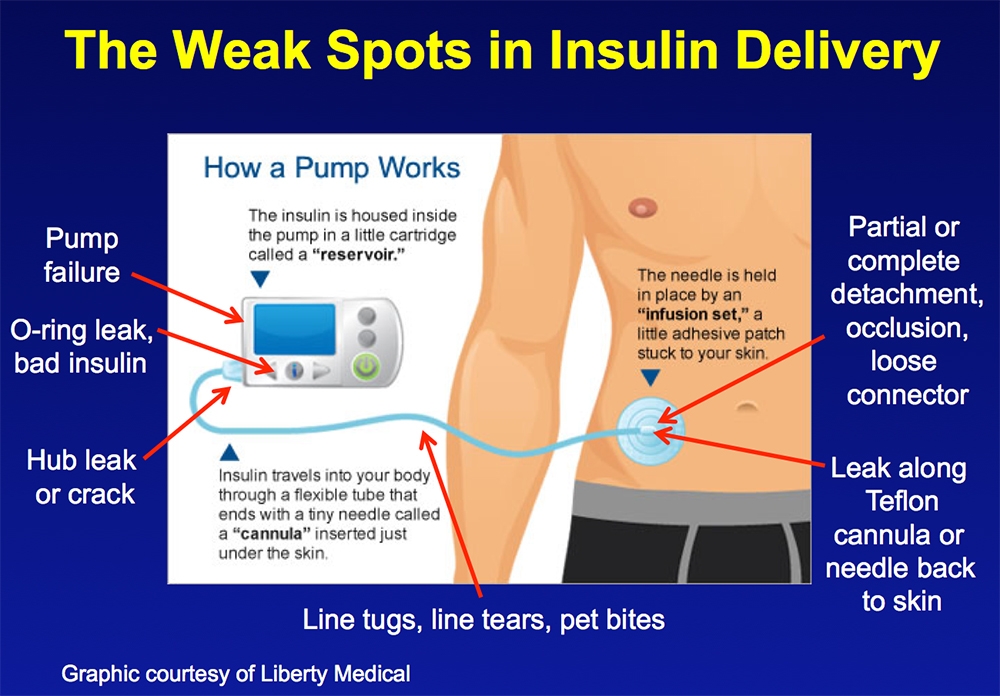 Infusion set failure represents the great white whale on your quest for good glucose readings. Lurking just below the surface, it bumps your glucose high and sets you up for failure. Infusion site failures are a common source for UHGs compared to “bad infusion sites” or “bad insulin”, two extraneous causes that often get the blame.  Don’t be Ahab – catch the great white whale!

Four research studies have looked at initial failure rates when Teflon sets are inserted with an auto-inserter. Initial failures ranged from 3.2%2, to 8.9%2, to 10%, to 15%3. Among 1,142 German pump wearers, 72% of those who used an auto-inserter reported that it failed to work ~10% of the time.4 Set failures average 0.3-2.2 times/month for 2-3 day set use. In a review of a head-to-head comparison of two current infusion sets, 19% of both infusion sets required unexplained catheter replacements after insertion. Dr. Eric Renard, the main author, stated, “Fixing this weak aspect of CSII [insulin pump therapy] becomes crucial while moving toward closed-loop insulin delivery.”

If you’re on a pump, you probably use the infusion set brand that you started with, one recommended by your doctor or CDE, or one sent to you by the pump manufacturer. You probably haven’t given it a second thought since starting. The infusion set often doesn’t come to mind as a significant source for glucose control problems. Infusion set problems, unfortunately, cause far more hyperglycemia for those whose glucose levels are highest.

Having more than one infusion set failure a month raises the A1c.

Set failures can be hard to recognize. Pump wearers often change their infusion set and site any time they encounter unexplained high glucose readings. This is often done grudgingly without fully realizing that this intermittent problem is coming from their infusion set.

This graph of unpublished Glucose Level data from the Actual Pump Practices study shows average glucose levels in 6-hour intervals beginning one day before a person changes their infusion set up to 6 days afterward. There was an average of 20 infusion set changes per person among these 396 pump wearers.

An alternate explanation could come from decay in insulin activity over time within a pump reservoir, but John’s experience with thousands of pumpers does not agree with this theory. He has seen many pumpers who have UHGs suddenly have this problem disappear once they start anchoring their infusion sets. He and many of his patients wear infusion sets longer than 3 days with no loss of control.

To evaluate your current infusion set, answer these questions: 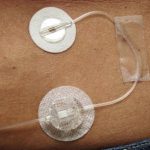 If you answer “yes” to 1 or more of these questions, you will likely reduce the glucose waves you face by re-evaluating your infusion set technique. You can also look at your CGM graphs for any unusual pattern of UHGs where your glucose goes high and doesn’t come down until the set is changed.

Assume your infusion set has failed any time that you experience 2 unexplained highs in a row that don’t respond to correction boluses or remain high for over 5 hours on your CGM. Give an injection immediately to bring the glucose down. The dose will often be higher than expected due to the prior loss of basal insulin. Then change your site, infusion set, and reservoir. 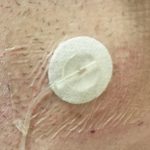 Inspect your site and line anchoring. Teflon sets require a tape “anchor” at all times because any tugs on the line transfer directly to the Teflon cannula and increase the likelihood of a leak. Review site preparation and set insertion technique, and always remember to anchor your line.

Teflon cannula infusion sets, while purportedly more comfortable than steel sets, are not more comfortable but are often to blame for infusion set failure. Failures with Teflon sets can occur at any time, are occasionally seen right after insertion, but are most common on day 2 or 3. Quick-sets are especially prone to failure due to the pinch, twist, and pull motion used to disconnect and reconnect the line directly above the Teflon cannula when bathing or any other time the pump is disconnected.

Set failures typically do not trigger an occlusion alarm because they don’t block the tubing but result from a slow leak of insulin along the Teflon cannula to the skin surface or a faster leak when the set completely detaches. In a recent study of pigs who had 30° or 90° Teflon infusion sets changed every two days over two weeks, the 30° slanted set reduced inflammation significantly (9.1 versus 14.3 square millimeter, p < 0.001) and the thickness of inflammation (0.7 versus 1.2 mm, p < 0.005) at the infusion site compared to 90° sets, and they also had a wider distribution of insulin for better absorption.5 This may minimize site issues.

While testing your pump settings to optimize them, we highly encourage you to use a steel set like the Medtronic Sure-T, Tandem TruSteel, or Contact Detach for Luer lock pumps. Their short 6 mm fine gauge needle under the skin is as comfortable as Teflon, and more importantly, dependable, eliminating the particularly infuriating variable of set failure. To switch to steel, you can usually contact your distributor. On occasion, a new prescription is needed.

Many people safely ignore the “2 days of use” recommended by manufacturers for steel sets, even though there is no documentation for this.  Among 534 pump wearers in the U.S., Teflon sets were used for an average of 3.4 days and steel sets for 3.7 days.6

Goal: Allow no more than one infusion set failure a year.

Next, check your pump settings.