We’ve come a long way! Around 1980, the first insulin pumps were crude devices converted from large chemotherapy pumps. They had a single basal rate with manual boluses. An early version called the Blue Brick or Big Blue had a large syringe exposed on the outside of the pump. It required the wearer to dilute insulin to accommodate the pump’s large syringe. Infusion sets came only with straight needles bent by hand for use, with a butterfly handle if you were lucky. 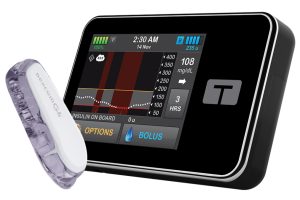 Tandem Quick Reference Sheets
18 quick guides to giving a bolus, giving a bolus from a Smartphone, loading the cartridge, downloading with the t:connect software, connecting to a Dexcom CGM, etc. 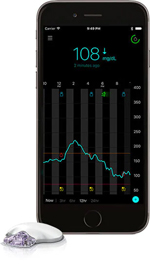 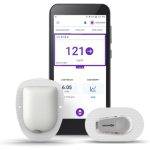 Quick Start Guide has quick tips for operation and a 2-page download for full operating steps. 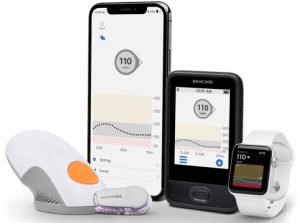