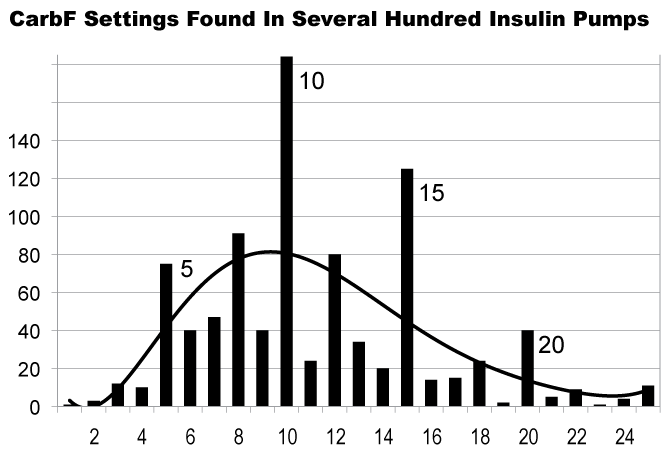 The APP Study was conducted to see how people who have good control really use their pumps and to find what settings give the best glucose results. We analyzed anonymous data from several hundred Deltec Cozmo insulin pumps (Smiths Medical) that were consecutively downloaded during a large, routine software upgrade of all Cozmo pumps in 2007. The pumps were prescribed and used around the U.S. by a wide variety of clinicians and wearers. Insulin dosing was analyzed from a subset of 396 pumps where glucose readings were directly entered from an attached meter.

The basal/bolus balance and pump settings for one-third of the pumps (132 pumps) that had the lowest average glucose readings were determined. Formulas were then derived for optimal basal rates, carb factor (CarbF), and correction factor (CorrF) relative to individual total daily doses (TDD) of insulin.63, 69

Key Findings of the APP Study

A convenient APP Pump Settings Tool can be found at www.opensourcediabetes.org.